AUSTIN (KXAN) — In a news conference Thursday, the U.S. Census Bureau highlighted new data that showed many people nationwide have moved from more rural counties to major cities in the past decade.

“Especially those in the south and west,” said Marc Perry, a senior demographer at the Census Bureau. “However, as we’ve been seeing in our annual population estimates, our nation is growing slower than it used to.”

They used Texas as an example of that transition to the city, showing an influx of people moving to Texas’ major metropolitan areas like Dallas, Houston and Austin.

The 2020 population data released Thursday shows how dramatically Austin’s population has changed, and paints a picture of growth and expansion just outside of the city. 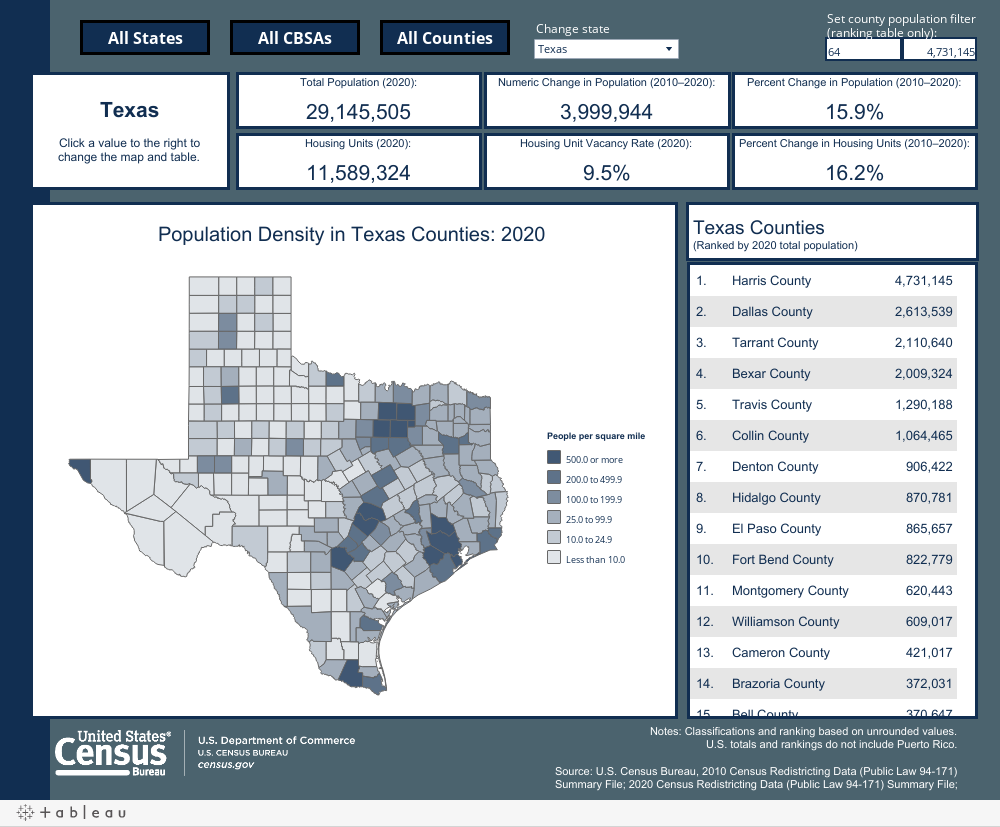 Austin-Round Rock is the fastest-growing metro area in the state, according to the census data. The metro, which encompasses Bastrop, Caldwell, Hays, Travis and Williamson Counties, grew by 33.04% between 2010 and 2020, adding more than 567,000 residents in total.

The City of Austin added the largest total number of new residents – more than 171,000.

DATA: Here’s how Texas’ population increased in the past decade, according to the 2020 Census

Comal County, Williamson County, Bastrop County and Caldwell County — which all surround Austin — all saw a more than 30% increase in population over the last decade, according to the data.

What Census data means for you

The data released by the U.S. Census Bureau Thursday will serve as a building block to redraw 429 U.S. House districts in 44 states and 7,383 state legislative districts across the U.S. The official goal is to ensure each district has roughly the same number of people.

But many Republicans and Democrats will be operating with another goal — to ensure the new lines divide and combine voters in ways that make it more likely for their party’s candidates to win future elections, a process called gerrymandering.

Here in Texas, where Republicans hold 23 of the 36 U.S. House seats, fast growth here in Austin, along with growth in Houston and Dallas helped the state gain two new seats in this round of redistricting.

Lawmakers are expected to go head to head on what those new districts will look like in a special session before the end of the year.

That data is also used to distribute roughly $1.5 trillion in federal spending each year. The bump in population in Texas will bring more funding to the state.

If you’re looking for something unique for your special someone this year, think outside the chocolate box with these nontraditional Valentine’s Day gifts.

If you want to get your devices as clean as possible, here are the best screen-cleaning wipes, sprays and other products to eliminate dirt and germs.

Multi-grip pull-up bars promote a wide range of upper body exercises, as you can modify your grip in order to target various muscle groups.

Rally for Life expected to bring thousands to Austin

What happened to Austin’s ‘Show Row’?

Wettest pattern of the year (so far) about to begin

The mystery of the north Austin scarecrows remains …

Hutto ISD tries to keep up with growth with proposed …

Rally for Life expected to bring thousands to Austin

Wettest pattern of the year (so far) about to begin