There have been 376 in-custody deaths involving the Houston Police Department since the law allowing police agencies to withhold information if a suspect dies in custody went into effect. The agency says it keeps most of its records in a paper form and not electronically, and everything before 2014 is in off-site storage. For consistency, KXAN narrowed its request to only ask for records pertaining to the 27 in-custody deaths that occurred since 2016. Houston PD sent a cost estimate of $513 for those records, saying it would take about an hour per death to locate the denied requests. The agency provided us with the Texas Attorney General’s rulings related to those denied requests. KXAN obtained all other related documents from the Attorney General’s office to determine who the requestors were. Since 2016, a total of 29 open records requests for information related to five different deaths were withheld under the exception. 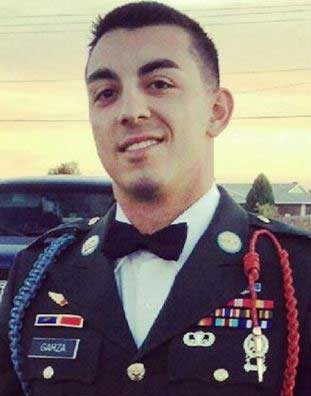 Officers responded to calls of a shooting in progress around 10:15 a.m. May 29, 2016, in Houston. The officers couldn’t immediately tell where the suspect was and set up a perimeter as the shooter, Dionisio Garza, continued to fire. A resident who lived nearby located the shooter and told responding officers where he was. An officer had a clear view of the suspect, and saw him walking with an assault rifle. The suspect positioned himself next to a vehicle, taking a shooting stance. The officer fired our “well-placed” shots at the suspect. A SWAT team began clearing the area, so medical personal could assist the suspect, who was pronounced dead at the scene. Garza shot over 200 rounds and killed one person. He also injured four civilians and two deputy constables who responded to the scene. He also fired at Houston Fire Department personnel and the Houston PD helicopter.

Cause/manner of death: He died May 29, 2016.
Requested documents: Houston PD told KXAN there were a total of 14 requests related to Garza’s death in which they could withhold information because the Attorney General ruled they didn’t have to release it under the 552.108(a)(2) exemption. Several media organizations requested helicopter, dash camera and patrol car video of the shooting as well as 911 calls related to the incident.
Agency response: The city asked the Attorney General to withhold some information.
Attorney General ruling: On Nov. 10, 2016, the AG said Houston PD can withhold audio and video recordings related to Garza’s death.
Alva Burnett Braziel
38, male 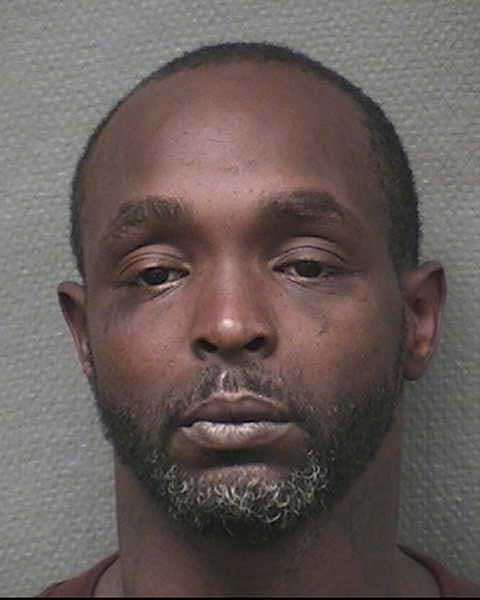 While on patrol around 12:39 a.m. July 9, 2016, in Houston, officers saw a man standing in a moving lane of traffic. Nearby surveillance video shows Alva Braziel fired about two shots before the officers arrived. As the officers drove closer toward Braziel, they thought he was trying to stop them because one of his hands was raised above his head and the other one was extended out towards them. But, as they got closer, they realized Braziel was holding a gun and pointing it at them. The officers, using their vehicle as cover, instructed Braziel to drop the weapon, but Braziel raised the weapon into the air instead. After another command to drop the weapon, Braziel changed his stance and lowered his hand to point the gun at the officers. The officers fired their weapons and struck Braziel several times. He was pronounced dead at the scene.

Cause/manner of death: Gunshot wounds to the neck, torso and lower half. He died July 9, 2016.
Requested documents: On Sept. 7, 2017, a lawyer sent an open records request to the Houston Police Department seeking several documents related to the Alva Braziel shooting on July 9, 2016. Some of the documents the lawyer asked for include the internal affairs investigation, dispatch tapes, the incident report and witness statements, as well as information regarding the officers involved in the shooting.
Agency response: The city sent a request to the Texas Attorney General asking to withhold some of the requested information.
Attorney General ruling: On Nov. 15, 2017, the Texas Attorney General’s office said the Houston Police Department had to release base information, but could withhold some other documents that were requested.
Peter William Gaines
37, male 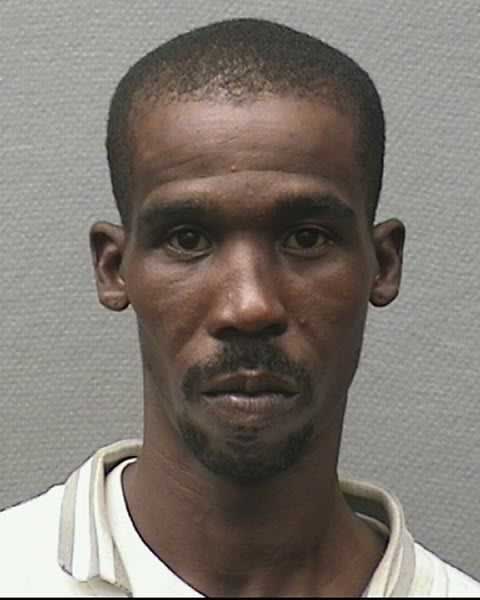 Cause/manner of death: Homicide (includes justifiable homicide, gunshot wound to the torso. He died March 12, 2016.
Requested documents: On Jan. 13, 2017, a journalist requested the investigative file, including photos, audio and video, related to the shooting. There were two other requests for similar information that resulted in Houston PD being able to withhold information.
Agency response: The city sent a request to the Attorney General asking to withhold some of the requested information.
Attorney General ruling: On April 6, 2017, the Attorney General ruled that the Houston Police Department only had to release basic information and could withhold everything else included in the investigative file.
Jarrad Lamark Hill
39, male 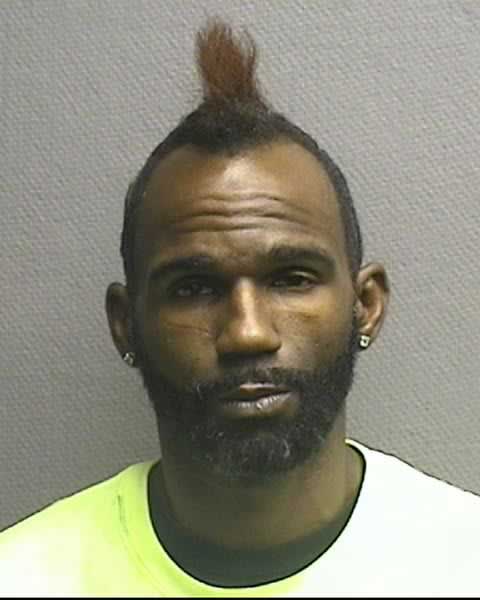 A Houston Police Department officer was dispatched to a noise complaint on April 10, 2017. After speaking with neighbors they learned a vehicle Jarrad Hill was in was the source of the noise. The officer smelled marijuana and asked Hill to get out. While Hill was detained, the officer said he was going to check him for any weapons. When the officer tried to check Hill’s waistband, the suspect tried to run away and a struggle between the two began. Hill had a pistol that he reached for and grabbed. The officer pushed Hill off, drew his own pistol and fired about three shots at Hill. The officer called backup and gave Hill gauze, telling him to pack his wounds. The officer continued to point his gun toward Hill because he didn’t know if Hill still had a weapon. Hill suffered from cardiac arrest and was pronounced dead at the hospital.

Cause/manner of death: Homicide (includes justifiable homicide) from a gunshot wound to the chest. He died April 10, 2017.
Requested documents: On Aug. 9, 2017, a lawyer asked Houston PD for all police and investigative reports, search warrants and video or other recordings involving the shooting death of Jarrad Hill in Houston. On April 18, 2018, Hill’s family also sent an open records request for body camera video and vehicle dash camera video related to the shooting. Houston PD told KXAN, there were seven other requests for similar information for which they sought AG rulings that resulted in the agency being able to withhold information under the 552.108(a)(2) exemption.
Agency response: The city asked to withhold some of the requested information.
Attorney General ruling: In Texas, individuals requesting body camera video must provide certain information when requesting it from an agency, specifically the date and time of the recording, the location where it occurred and the names of one or more people involved in the incident. On Sept. 13, 2017, the Attorney General said the requestor did not “properly request” the body camera video, so the agency didn’t have to release it. In the same ruling, the Attorney General said Houston PD could withhold everything, except for basic information. The Attorney General ruled once again, on May 30, 2018, regarding a separate request, that body camera and dash camera video related to Hill’s shooting death could be withheld.
Codey Harris
21, male 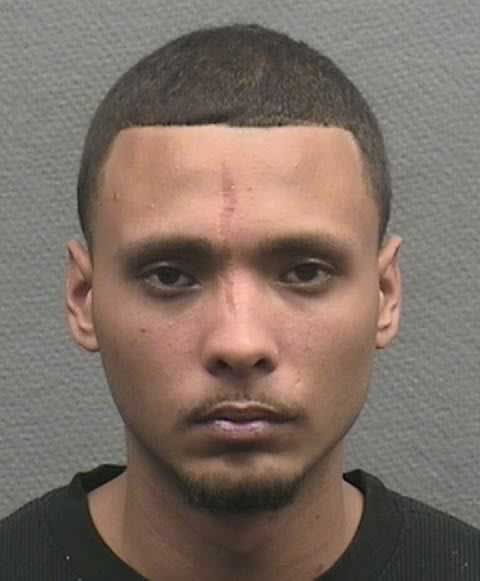 A Houston Police Department patrol officer was dispatched regarding an aggravated assault with a deadly weapon on Feb. 25, 2016. The officer spoke with Codey Harris’ common-law wife, who said he slapped her and threatened to shoot her. While an officer tried to contact Harris, he went back into the house and barricaded himself inside with a weapon. SWAT tried to convince Harris to surrender, but he refused. SWAT utilized a robot that entered the home through the back door, and they saw Harris fall through the ceiling of a bedroom while trying to hide in the attack. They visually located him hiding under a couch and continued to convince him to surrender peacefully. Harris threatened to shoot a K-9 dog if it was sent into the living room, where he was hiding. Harris shot himself in the head and was pronounced dead at the hospital the next day.